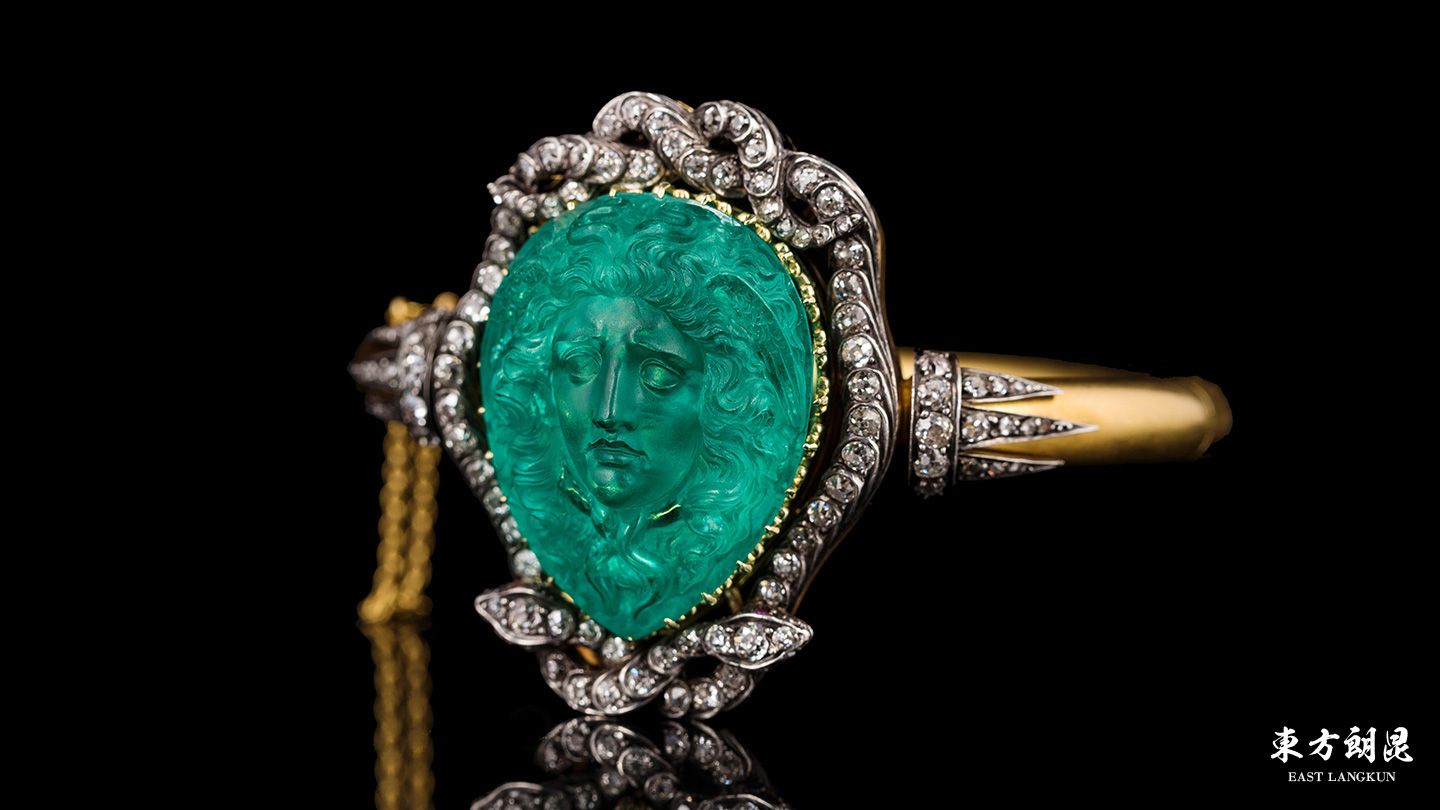 This 65-carat, clear and beautiful Colombian emerald is carved in the likeness of Medusa’s face.

Medusa has fascinated some of the greatest artists in history. Medusa is one of the monstrous Gorgons in Greek mythology. The Gorgons lived in the territory of Thanatos, and are together a personification of death. They are described as winged human females with living venomous snakes in place of hair, equipped with sharp claws and teeth, and have impenetrable scales to defend against swords. Those who gazed into Medusa’s eyes would immediately turn into stone. Among the Gorgons, only Medusa possesses a physical body and is the only one who could be killed.

Medusa was beheaded by the Greek hero Perseus. Despite the fact that her head was removed, the severed head still possesses amazing lethality, and people who see it still turn into stone. Perseus dedicated the head of Medusa to Athena, who embedded it on her breastplate as a memorial.

Because of her alleged magic power of petrifaction, Medusa is considered to have the ability to ward off evil spirits and is used to deter enemies on the battlefield. Therefore, the image of Medusa is widely used in castles, portals, shields, and armours in Europe, acting as a protector.