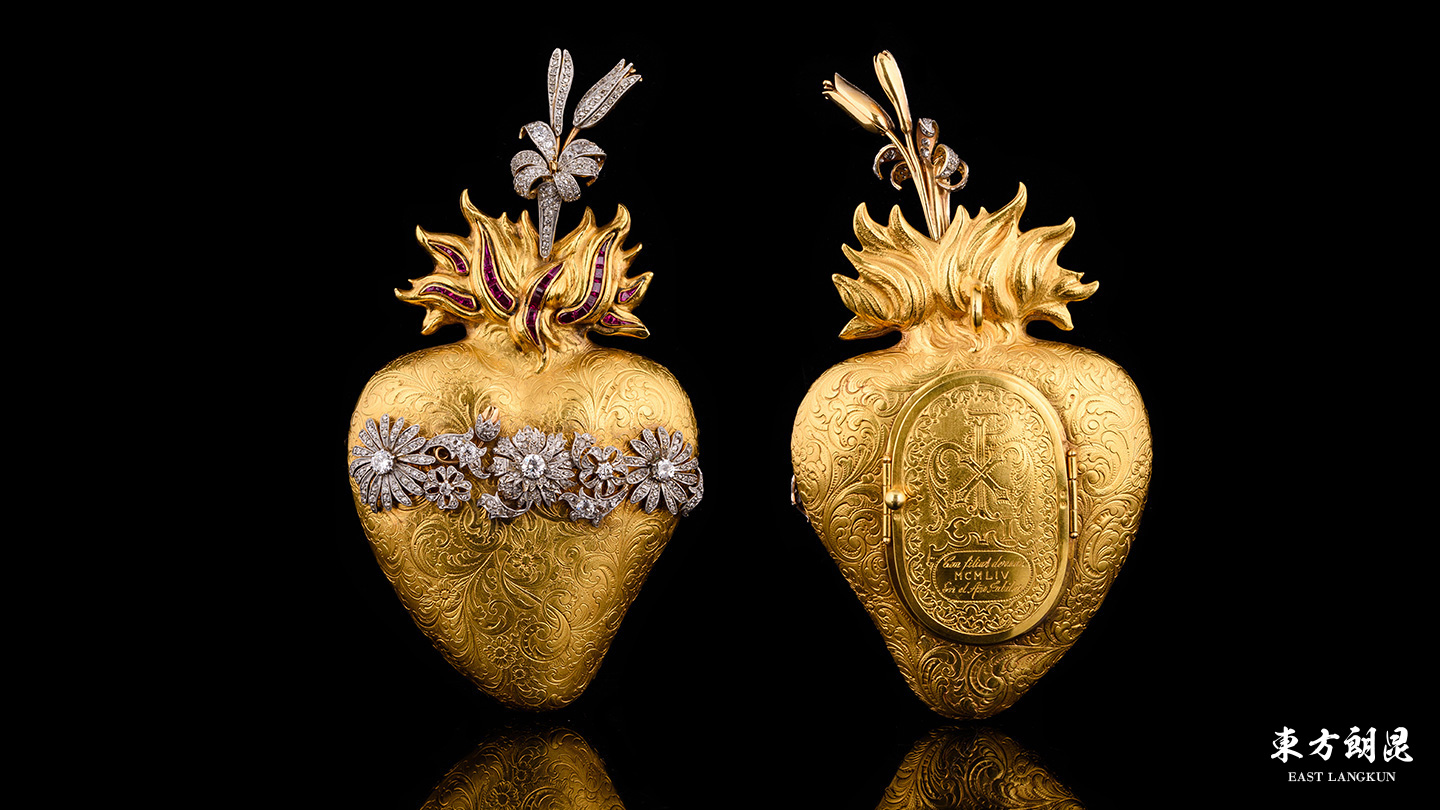 This pendant is an exquisite metalwork. The heart-shaped gold body is decorated with diamond daisies, accented by ruby flames on top, together with diamond lilies that symbolise nobility. The Latin text on the back shows that this work was made for a jubilee in the Catholic Church, which came every 50 or 100 years, when the best religious works of art would appear.

Originating from the Chartres Cathedral, the fourth largest cathedral in France, the pendant was used to preserve the religious relics of Jesus. It is an important legacy that reflects the French devotion to the Sacred Heart.