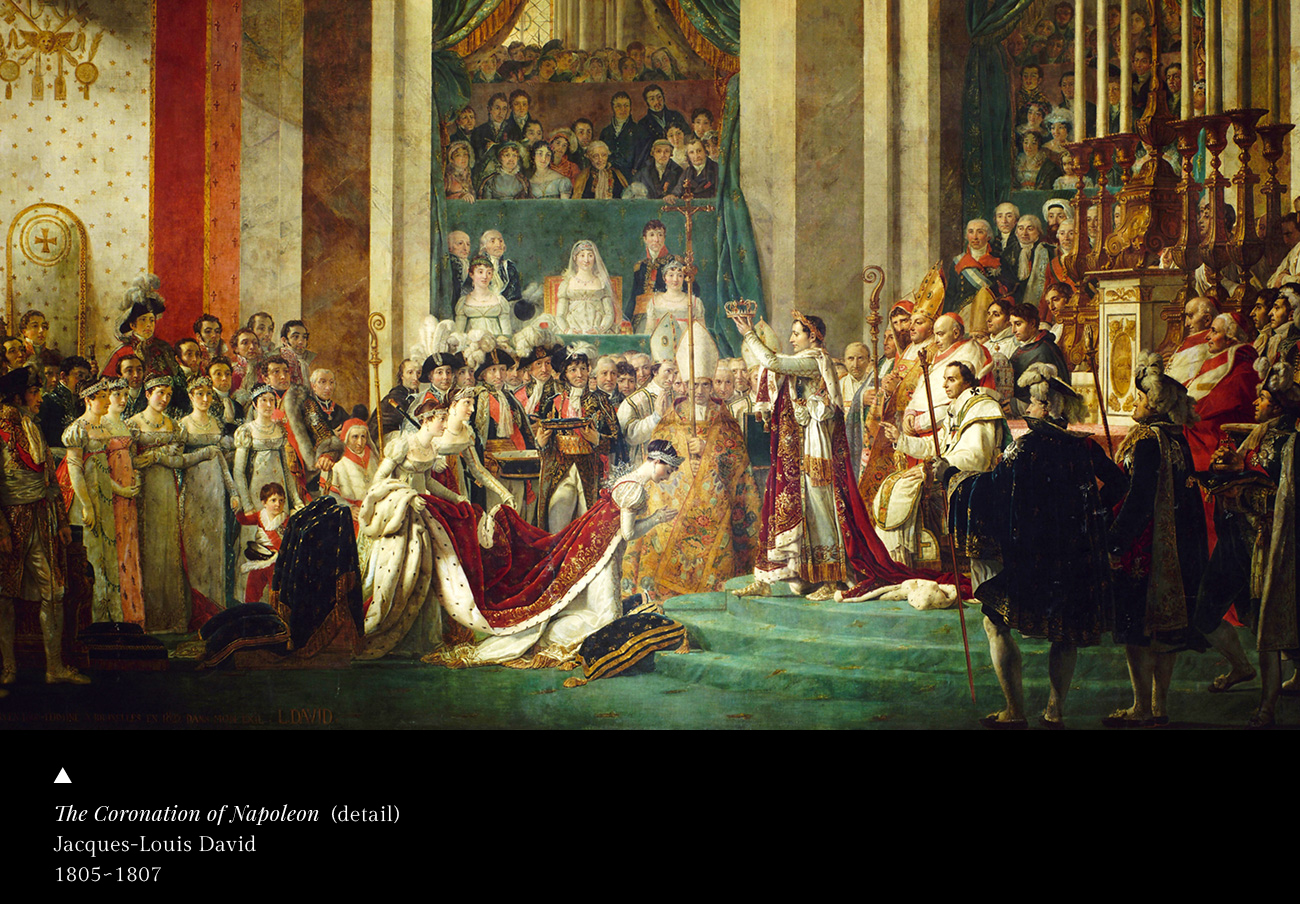 The gold laurel leaf crown comes from Julius Caesar, whom Napoleon regarded as his idol. The moment Napoleon wore the laurel leaf crown became iconic, and this image became one of Napoleon’s most important in historical records. The great neoclassical painter Jacques-Louis David recorded the glorious moment of Napoleon wearing the crown with his paintbrush. 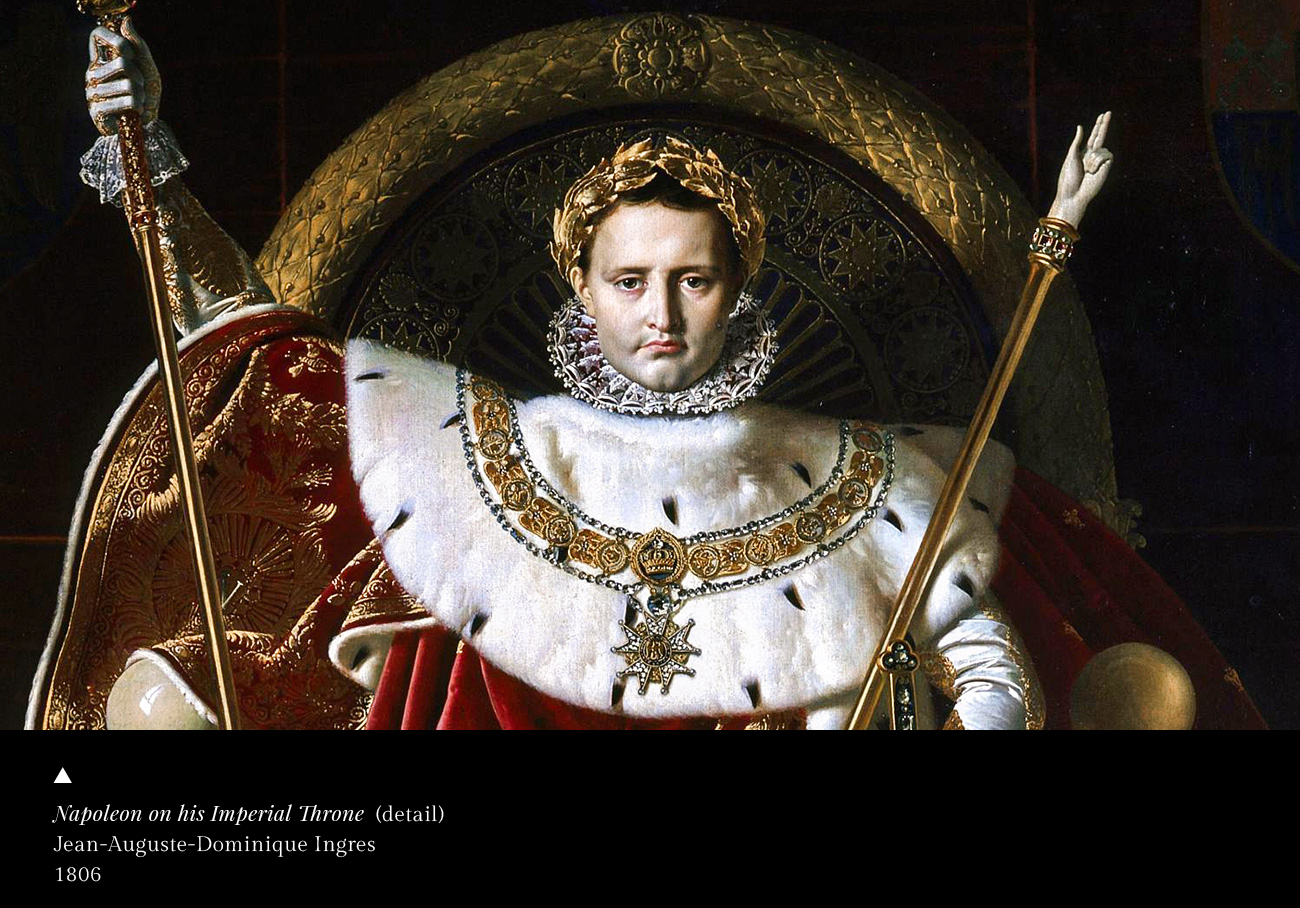 This laurel leaf crown was made by Napoleon’s official goldsmith Martin-Guillaume Biennais. It was composed of 44 large leaves, 12 small leaves and 42 seeds, mounted on a round velvet belt, and could be opened from the back with a buckle. When Napoleon complained that it was too heavy, Biennais removed six gold leaves and gave them to his six daughters. After Napoleon’s defeat at Waterloo, this gold laurel leaf crown was taken by his successor from Notre-Dame de Paris in 1815 and melted into a gold nugget at the Monnaie de Paris in 1819. Only two of the gold leaves are known to have survived, one in Fontainebleau and the other in China, which became the witness of history.

This precious gold leaf in front of us is kept in a red Moroccan leather jewellery case, decorated with palm lace, stars and the sun, with a green velvet sheath on the back printed “Biennais au Singe Siolet Rue S. Honore No.511,” which could be the location of Biennais’ workshop at that time.