This is an exquisite diamond demi-parure from the Bourbon Palma family. It shows how precious jewels, emotional heirlooms and family wealth, are passed down from generation to generation in ancient families. 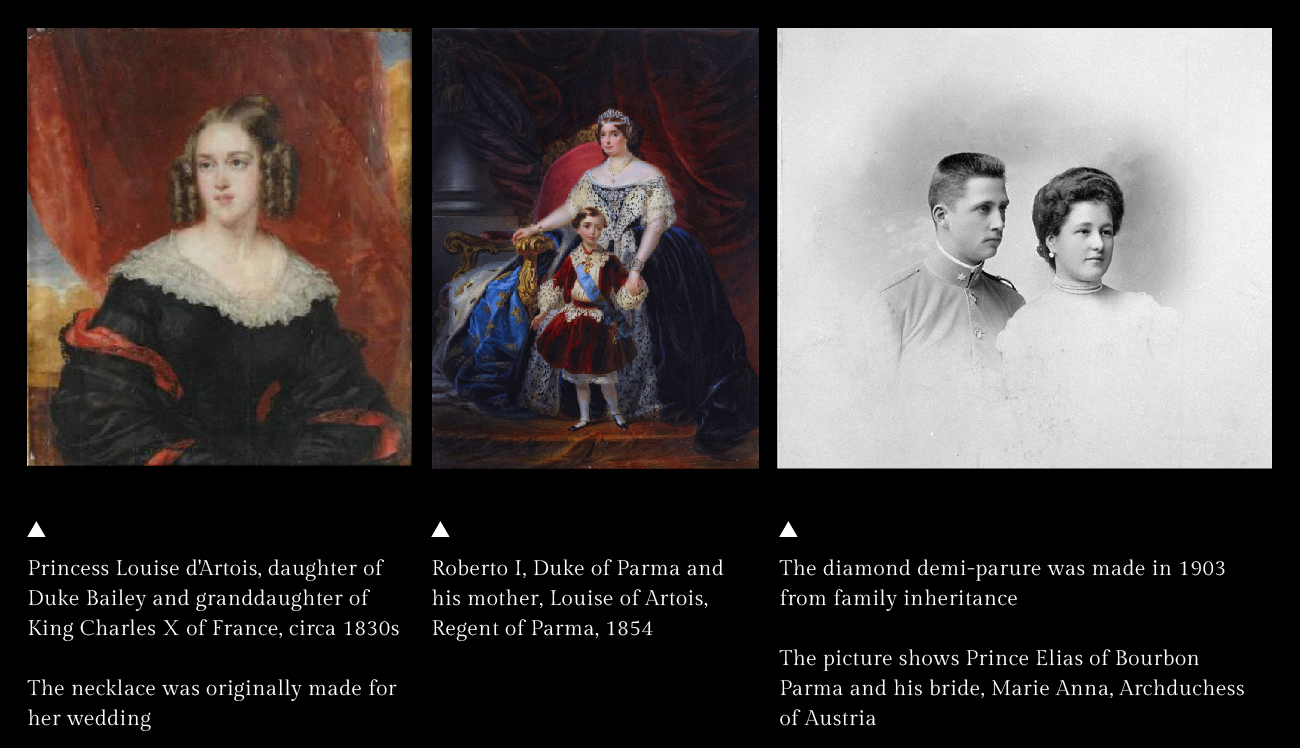 This diamond demi-parure consists of a Rivière necklace, a diamond brooch and a pair of earrings. The Rivière is a traditional style of necklace, which is composed of diamonds only, the size of diamonds could be the same or with a slight graduation, and usually with independent prong settings. Some Rivière necklaces also have a pendant. This form of necklace appeared in the mid-18th century, prevailed in the 19th century, and continued into the 21st century. Despite its simple style, this form requires a large quantity of diamonds, and can best show the pure charm of diamonds. It became a popular style of jewellery among the European royal family. 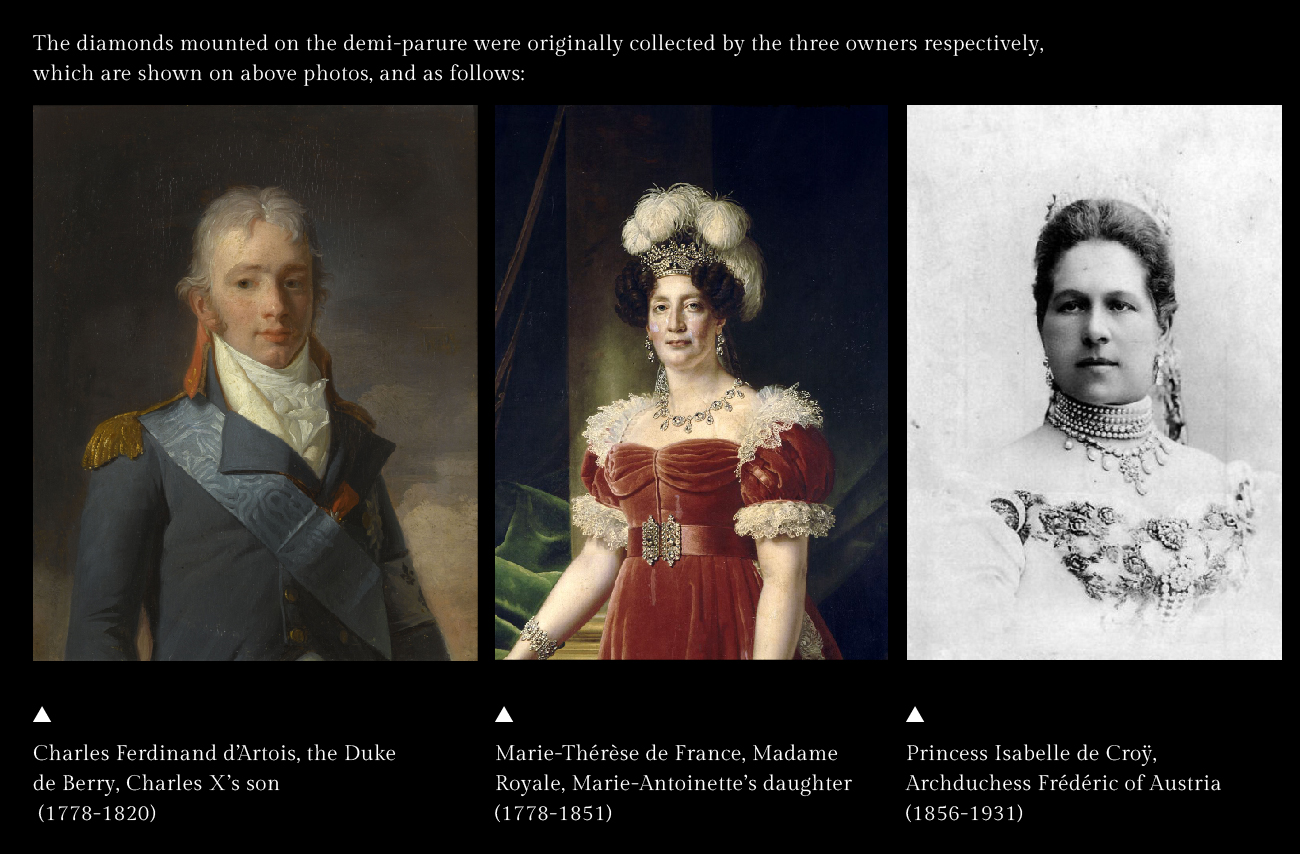 This diamond demi-parure was the wedding jewellery that belonged to Princess Mary Anne of Austria and Prince Avery of Bourbon Palma when they got married in 1903. According to Mary Anne’s collection list, the diamonds on the treasures originate from three sources: most of them come from the inlays on the sword of the Duke of Bailey (Duc de Berry, Prince Ferdinand d’Artois, 1778 – 1820); there are five diamonds from Princess Marie-Thérèse Charlotte of France (1778 – 1851), the daughter of Louis XVI, called “Madame Royale” by the French—these five diamonds were probably from the collection of the Queen Marie Antoinette; the big pear-shaped diamond in the middle of the brooch was from Princess Maria Anna’s mother.

Duke Bailey was the nephew of King Louis XVIII and the youngest son of Charles X, the last French monarch. In 1820, the Duke of Bailey was assassinated by a radical French Republican named Pierre Louis Louvel who wanted the French Bourbon dynasty to be extinct. However the Duke of Bailey’s wife, Princess Caroline, was pregnant and gave birth to his posthumous son Henry in September 1820, later the Comte de Chambord, the last male member of the Bourbon family.

The brother of the Duke of Bailey, the Duke of Angoulême, married the Princess of France, the daughter of Louis XVI. Henry's sister Louise married Charles III, the future Duke of Parma, in 1845. During the preparations for the wedding, the diamonds were removed from the sword of her father, Duke of Bailey, and made into a beautiful necklace, which were later given to Robert I, the son of Louis and Charles III. These diamonds were later made into this diamond demi-parure for the wedding of Prince Avery, the son of Robert I, in 1903.