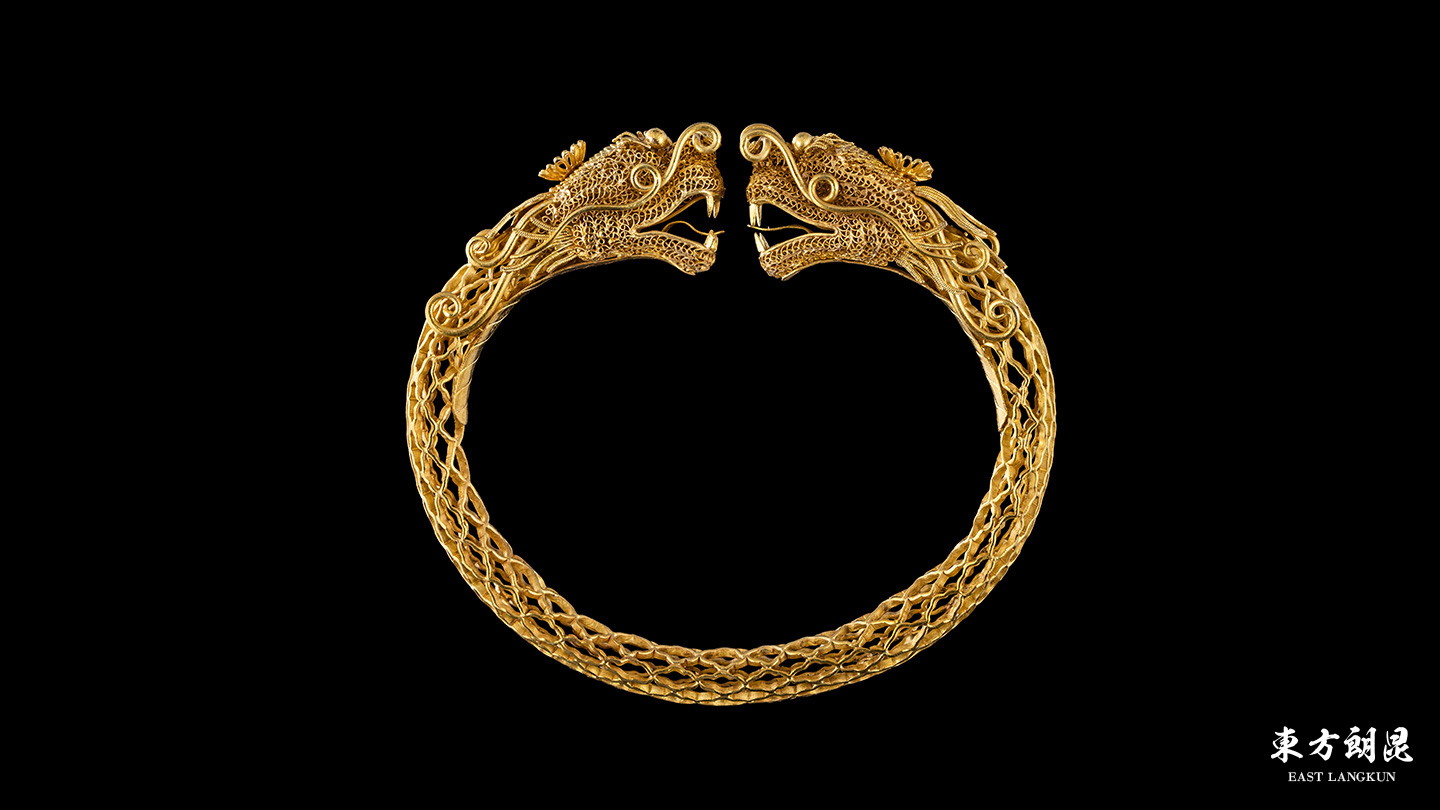 This double dragon gold bracelet has a complex structure as well as light and smooth lines. The filigree inlay technique has made the gold as thin as a hairspring, which is shaped into winding double dragons, with different patterns and motifs applied on the dragons. It is decorated with motifs of the number ‘6’ on each side of the dragon's head. As indicated by the embedding marks on the top of the dragons' heads, there originally would be a pearl on the top of each head. 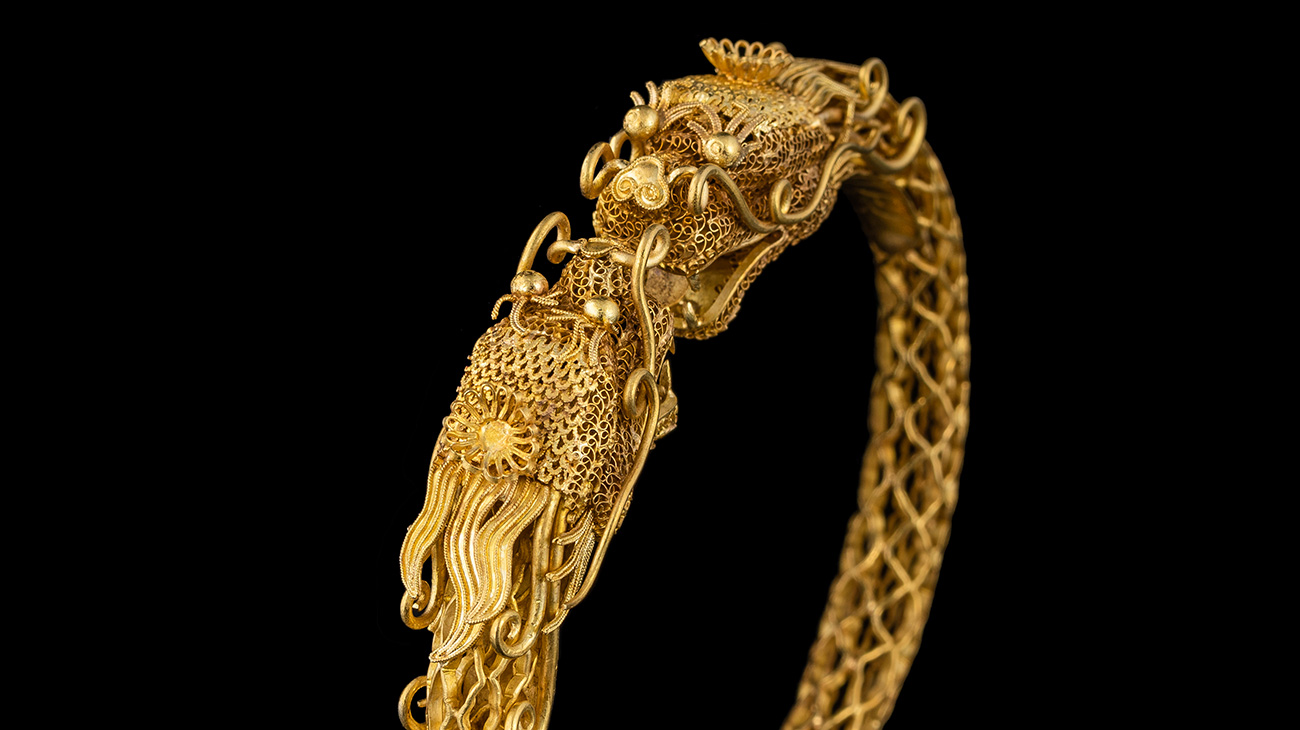 "By the stove the tavern maid like moonlight glows. Her lily-white arms are like piles of snow.", written by the poet Wei Zhuang from Tang Dynasty. The wearer of the bracelet was possibly a noblewoman of Ming or Qing Dynasty. The double dragon gold bracelet is a tradition that has existed since Song and Yuan Dynasties, with styles varying in different periods. According to the description of the imperial wedding system archived by Ming Dynasty's Ministry of Rites, the gold dragon head bracelet was an important piece of jewellery in the royal ritual system.