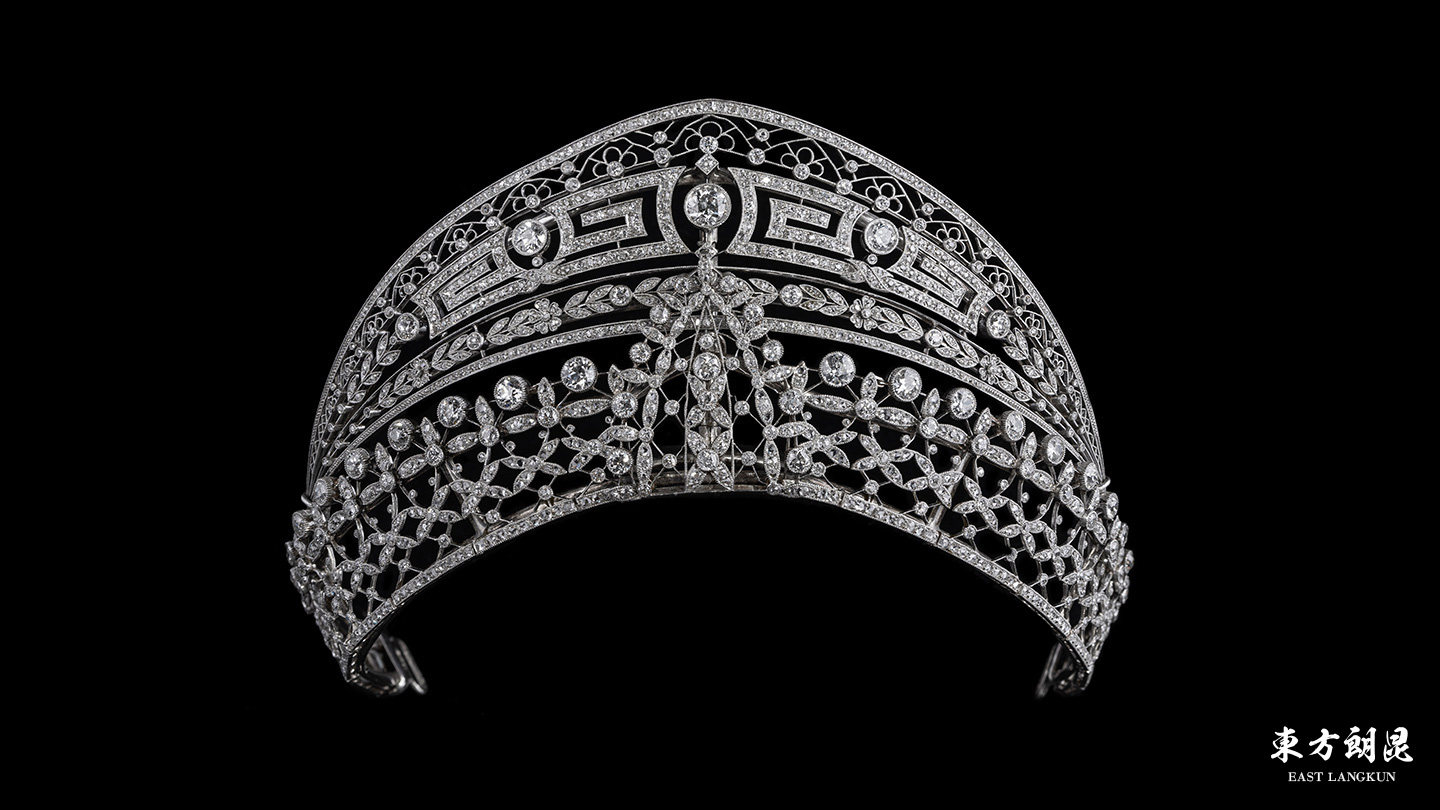 The Greek “meander” tiara was a popular type of tiara in the neoclassical period. “Meander” is an ancient Greek motif, its name taken from the famous ancient Greek river "Menderes" (now in western Turkey). The meander motif symbolises the magnificence and winding form of this river.

The tiara may be detached to form two separate tiaras—the upper band has an arched profile, with a three-level structure decorated with meandering Greek key motifs, forget-me-not flowers and trailing laurel leaves; the lower band is designed as a lacework lattice, set throughout with old brilliant, single and rose-cut diamonds, mounted in platinum, and can be worn as a choker. 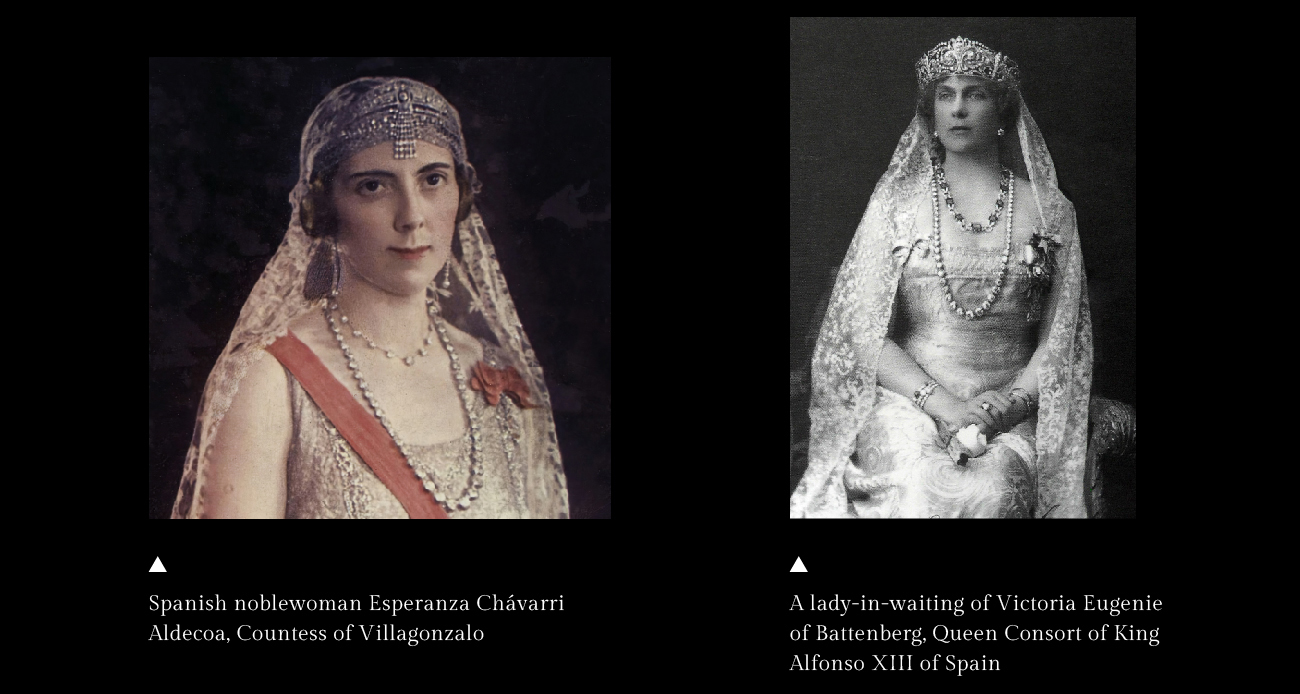 This Belle Époque tiara was made in 1900 by Spanish royal jeweller Ansorena. The Belle Époque, literally “beautiful era,” was a golden age of relative peace and prosperity in Europe, stretching from the late 19th century until the outbreak of the First World War in 1914.

The tiara was owned by Esperanza Chávarri Aldecoa, Countess of Spanish Queen Victoria Eugenie. She wore this piece in the costume gala at the Royal Palace in Madrid in 1920.