Royal tiaras have a long history, each of them carries the rise and fall of a family name. Only the most powerful families would order customised tiaras, which symbolise not only power and wealth, but also dignity and glory. 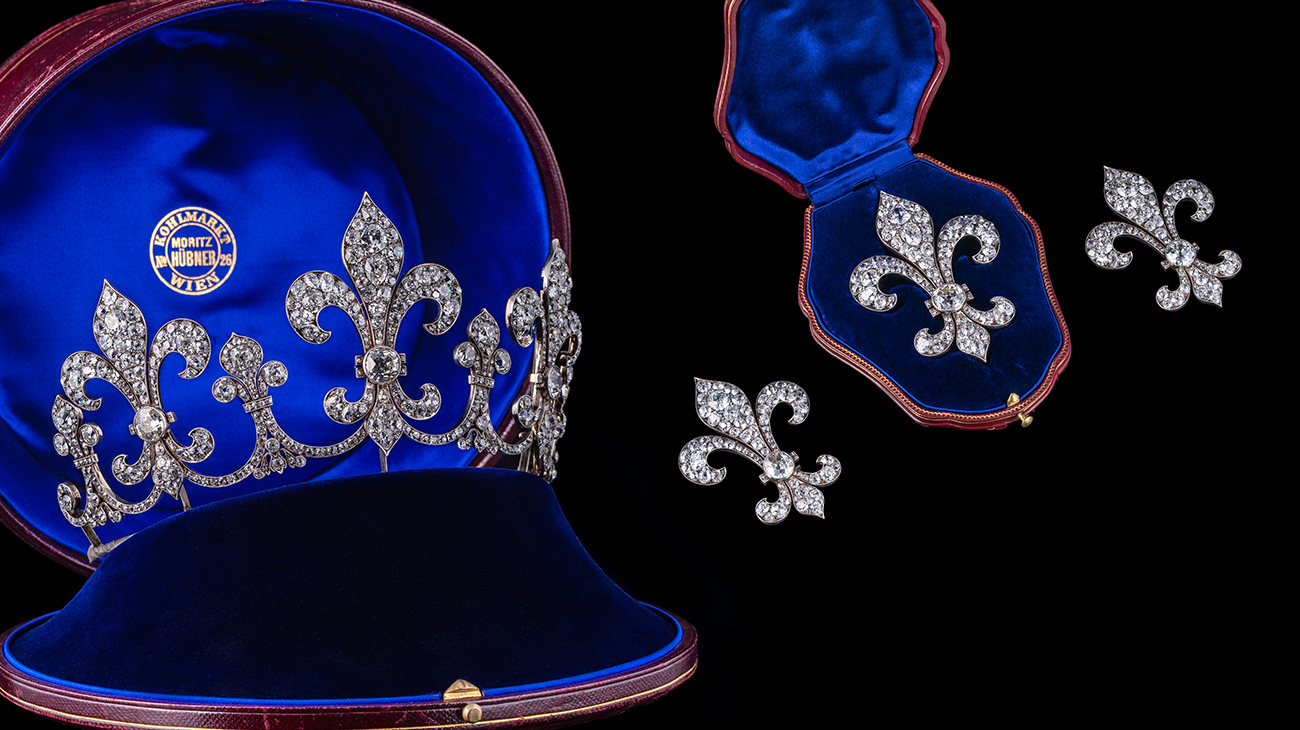 This shining tiara is mainly composed of three diamond fleur-de-lys, which can be detached and worn as brooches. This is an important totem of the House of Bourbon of France, as a symbol of power, which can be found on nearly every piece from the royal family of France. This pattern is actually a symbol extracted from Iris pallida of the Iridaceae family. Europeans used to confuse fleur-de-lys as lily, which later became a customary usage.