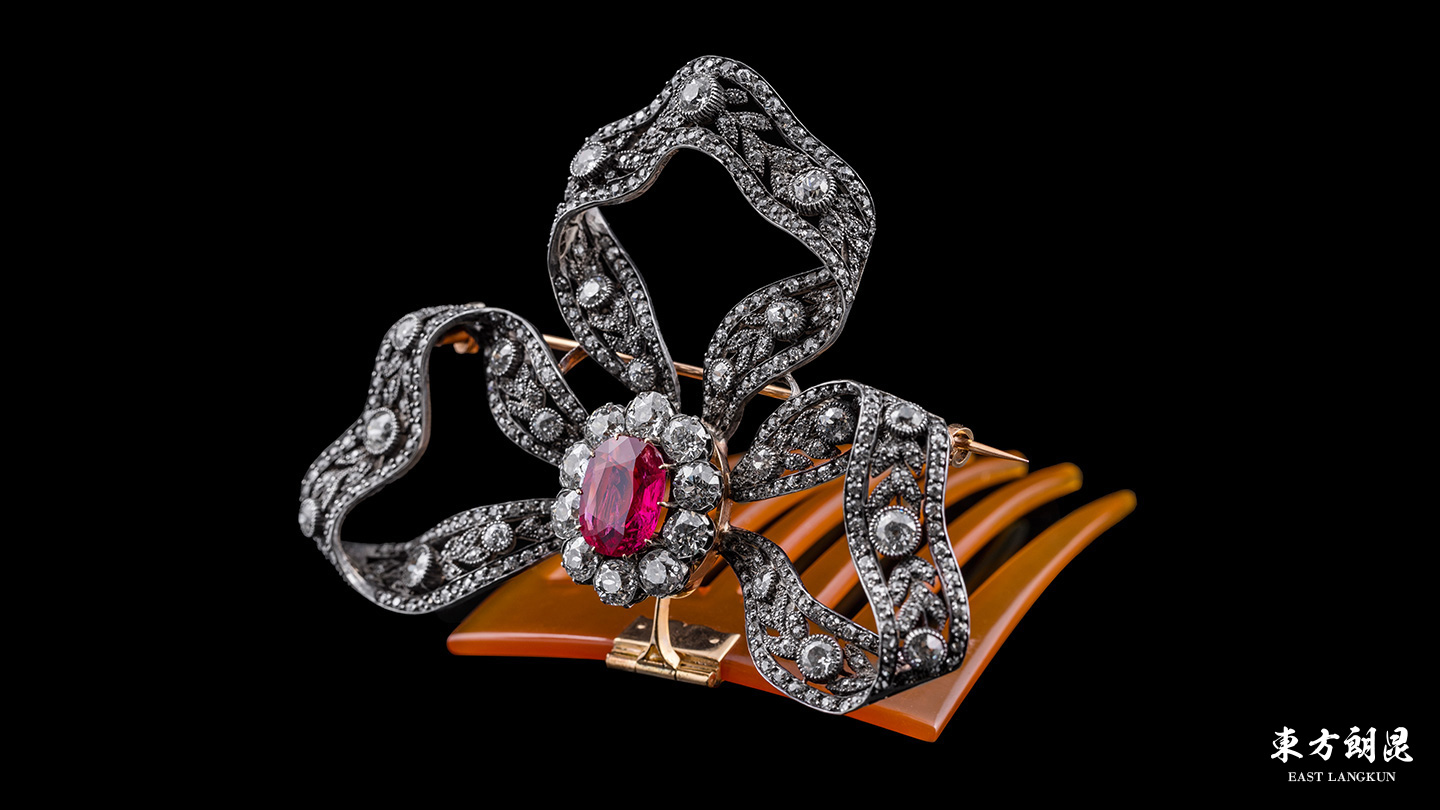 Designed as a bow, this hair ornament may also be worn as a brooch.

This was a gift Maria Anna of Bourbon-Parma received from her father, Archduke Friedrich, Duke of Teschen, in 1905. “In a white leather box, a big diamond bowknot centrally set with a large ruby. I received it from my father as a gift for the birth of my son Charles.” Member of the House of Habsburg, her father Archduke Friedrich is younger brother of Franz Joseph, Emperor of Austria and the Austro-Hungarian Empire, and the Supreme Commander of the Austro-Hungarian Army during World War I.