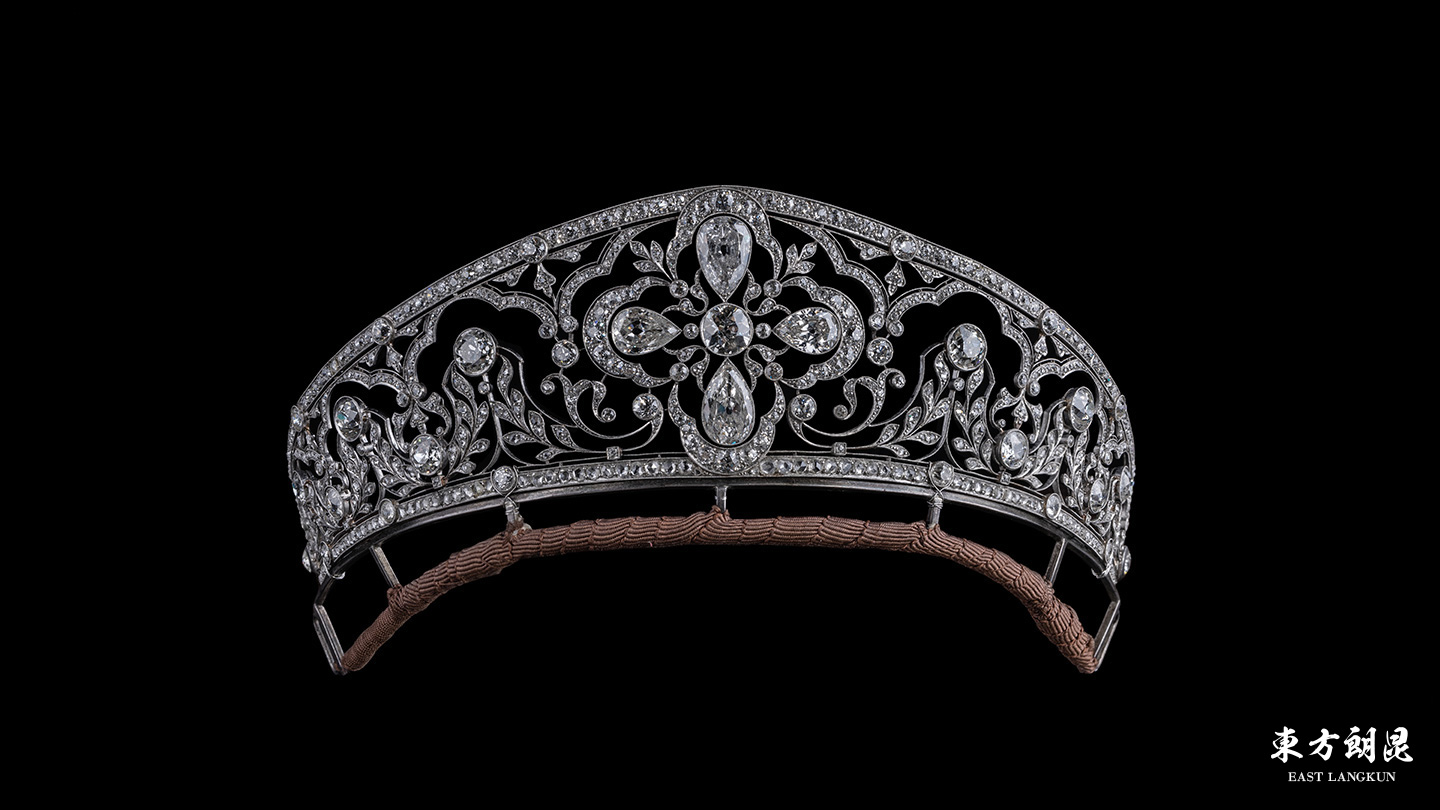 In the 18th century, a few companies were officially named to produce British Crown Jewels or sceptres. However, in the early 19th century, the British royal family decided that only one company could be permitted to undertake the task. At first, it was the jewellers Rundell & Bridge, but Garrard & Co took over around 1843 and held the title of Her Royal Highness the Queen’s Goldsmith and Crown Jeweller’s royal guarantee until 2007. Royal guarantees need to be evaluated regularly and will automatically expire after the death of the monarch. Therefore, it is a privilege that a company can continuously hold royal guarantees under the rule of different monarchs for more than 160 years.

There was a close connection between this tiara and the royal family. It once belonged directly to three different royal families, first the Orléans royal family, then the Bourbon-Two Sicilian royal family, and finally the Orléans-Braganza royal family. Its first owner was Louise Francoise Marie Laure d’Orléans (1882-1958), who was given it as a gift from her newlywed husband Prince of Bourbon-Two Sicilies, Infante of Spain (1870-1949). In 1907, the then King of Spain, Alfonso Suo XIII licensed Princess Louise to become a Spanish princess and enjoy royal treatment. Princess Louise d’Orléans later became the grandmother of the Spanish monarch Juan Carlos I.