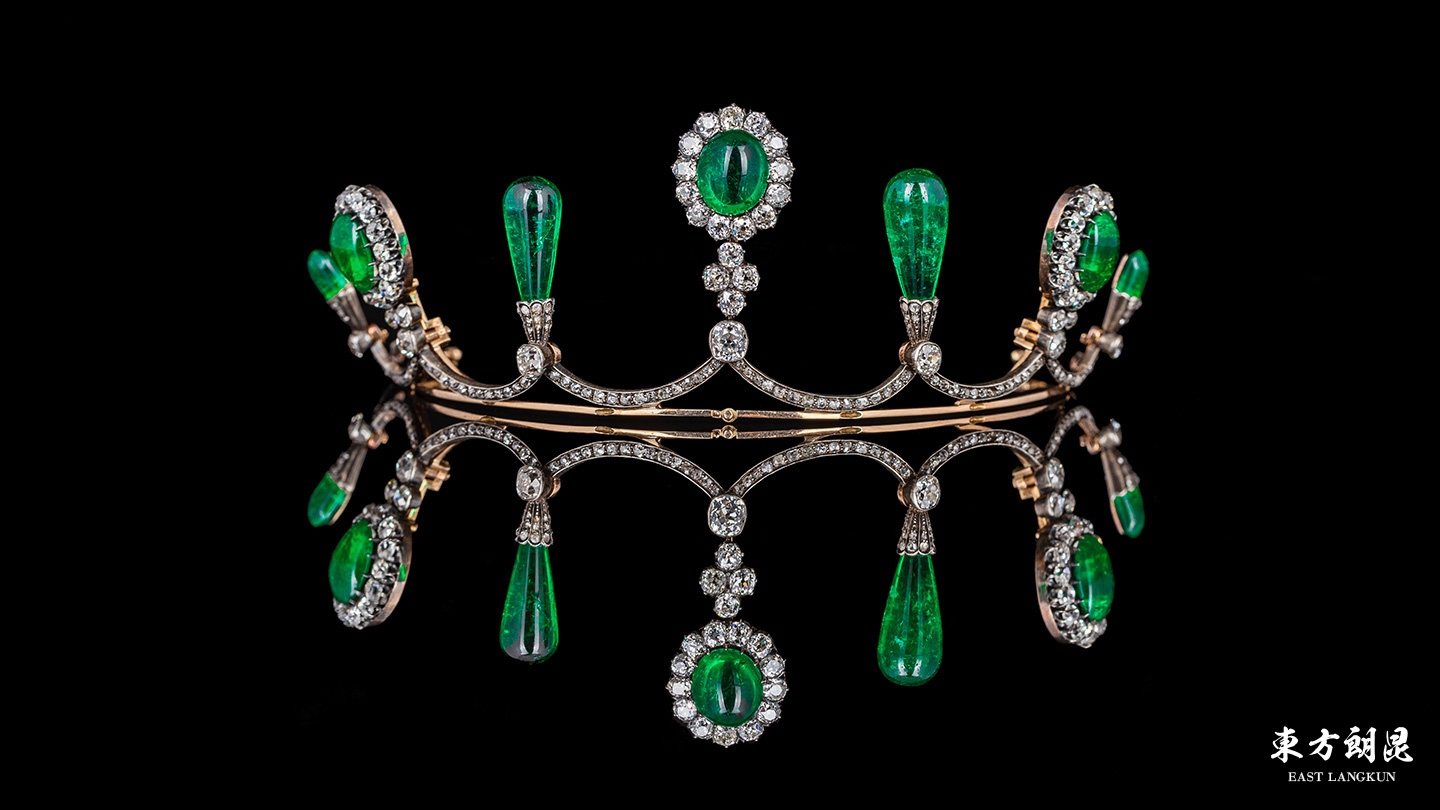 This emerald tiara comes from the German royal family in the 19th century and made around 1880. The seven emeralds on it are from Colombia and were cut into drop and oval shapes, contrasting with the old and rose-cut diamonds.

Emerald has long been one of the most popular gemstones. It is said that the oldest emerald mine near the Red Sea was owned by Cleopatra, but it was exhausted during ancient Egypt.Today the emeralds of the best quality are produced in South America. In the 16th century, Colombia’s best emerald mines were exploited under Spanish control; high-quality emeralds thus entered Europe along Spanish merchant ships. Therefore, the emerald inlaid on jewellery has become a symbol of class and luxury, shining on the tiaras of European royal families in various state celebrations and palace banquets.