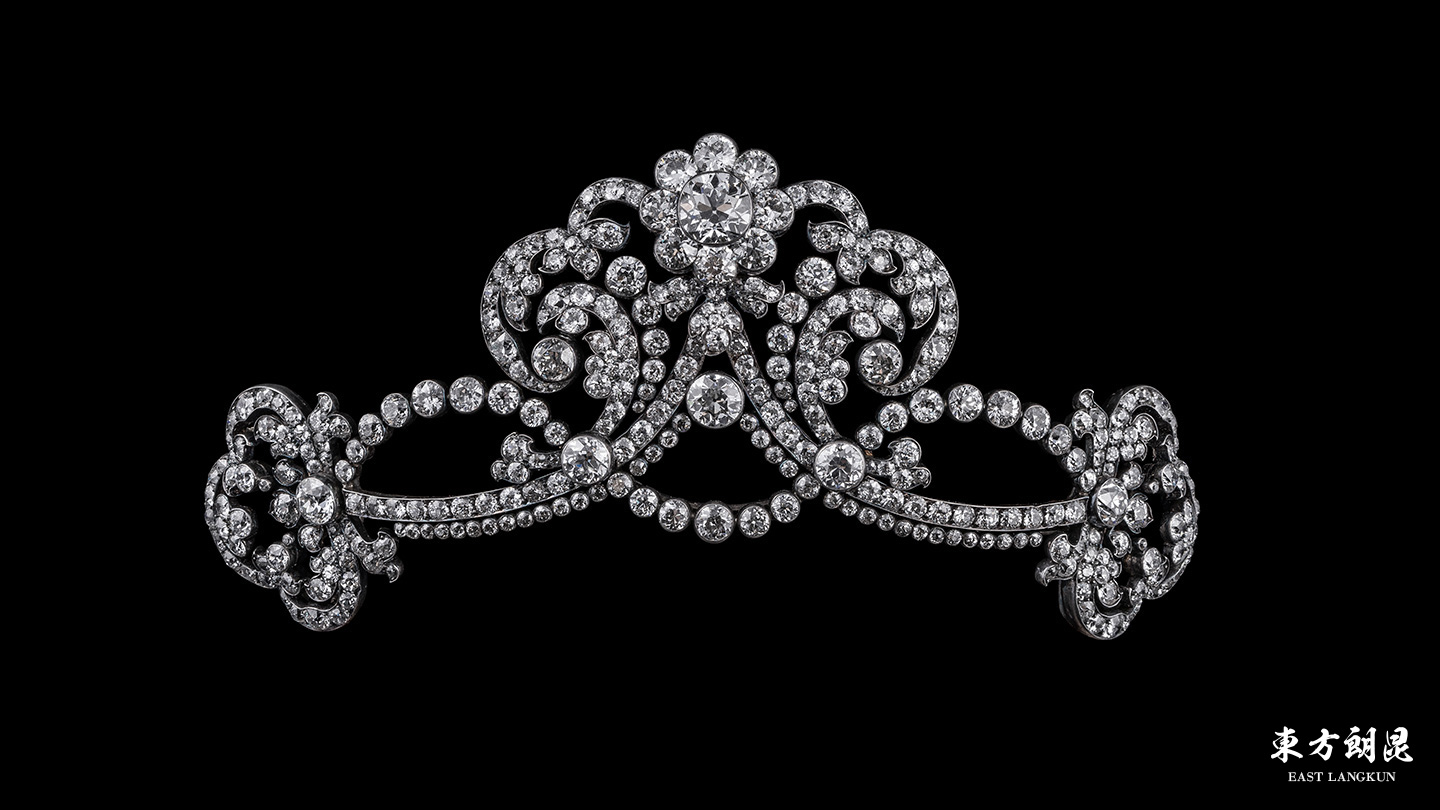 This tiara was given by the Austro-Hungarian Emperor Franz Joseph to his niece Princess Maria Anna in 1902 to celebrate her marriage to Prince Elias of Bourbon-Parma.

The entire tiara is inlaid with diamonds in a leaf scroll pattern, with the logo of the Austro-Hungarian Empire jewellery appraisal on the back. The mark of the producer Köchert. Köchert is a royal jewellery brand in Vienna, which rose dramatically during the Congress of Vienna. The famous Austrian politician Metternich presided at this long meeting to reorganize European order after Napoleon’s defeat. From November 1814 to June 1815, European emperors, important envoys, their wives and family gathered in Vienna. The nobles had up to 8 months of carnival and shopping spree. It was during this period that Köchert quickly became known and soon became an Austrian court jeweller.