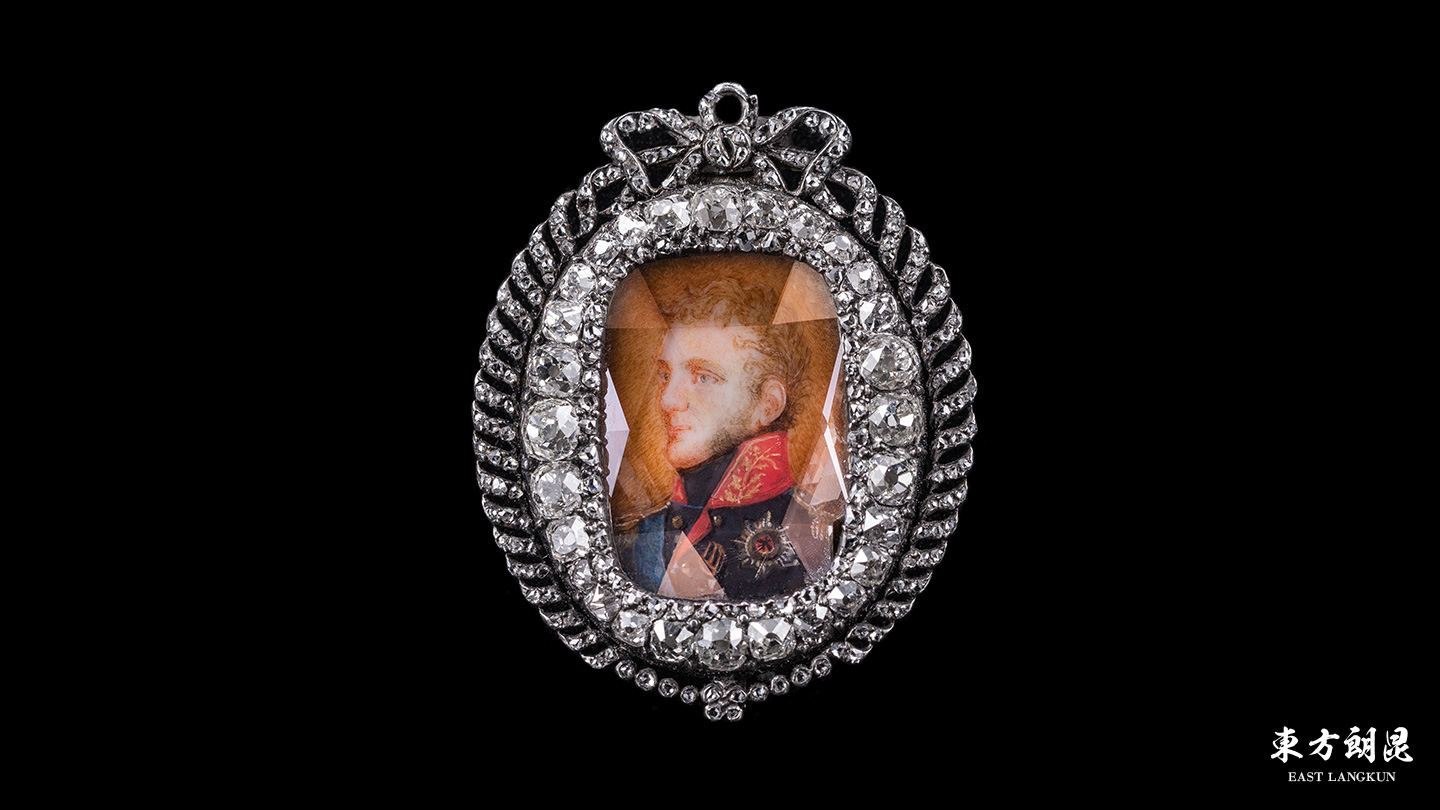 Before the invention of photography, it was popular among European aristocrats to seal the portrait of your beloved in a piece of personal jewellery. The portrait diamond is a masterwork of this field, conveying extreme luxury and deep emotions. The queen of Henry IV of France, Marie de Medicis from the Medici family of Florence, was an early fan of portrait diamonds, as were later, the tsars of the Romanov dynasty of Russia. 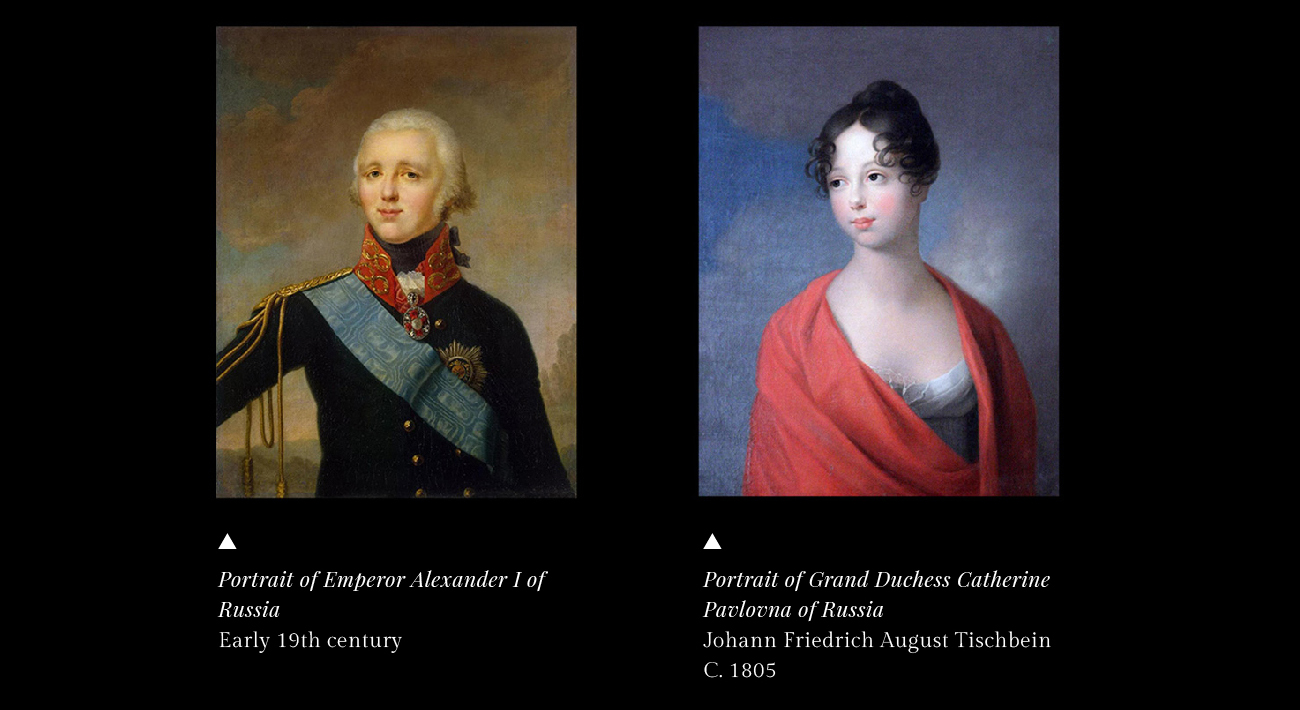 The portrait diamond in front of us was owned by Grand Duchess Catherine Pavlovna, younger sister of Tsar Alexander I. She was Alexander’s most beloved sister.

This portrait diamond should be a work of Duval, the royal jeweller of St. Petersburg and maker of Catherine II’s crown. This diamond portrait presents a late neoclassical style, which is a lighter style before Russian jewellery design was influenced by the French Empire's style. The miniature portrait beneath the diamond is a portrait of Alexander I before his enthronement in 1801. According to the archive, the diamond weighs 34 carats, valuing 88,842 rubles at that time. It is even bigger than the Great Tafelstein portrait diamond, the latter is now displayed in the Almazny Fond at the Kremlin in Moscow. This portrait diamond was originally given to Count Grigory Orlov by Catherine II and would have contained the portrait of Catherine II at the beginning, although it contains the portrait of Alexander I today. The portrait below is a faceted table diamond, surrounded and accented by brilliant rose-cut diamonds.