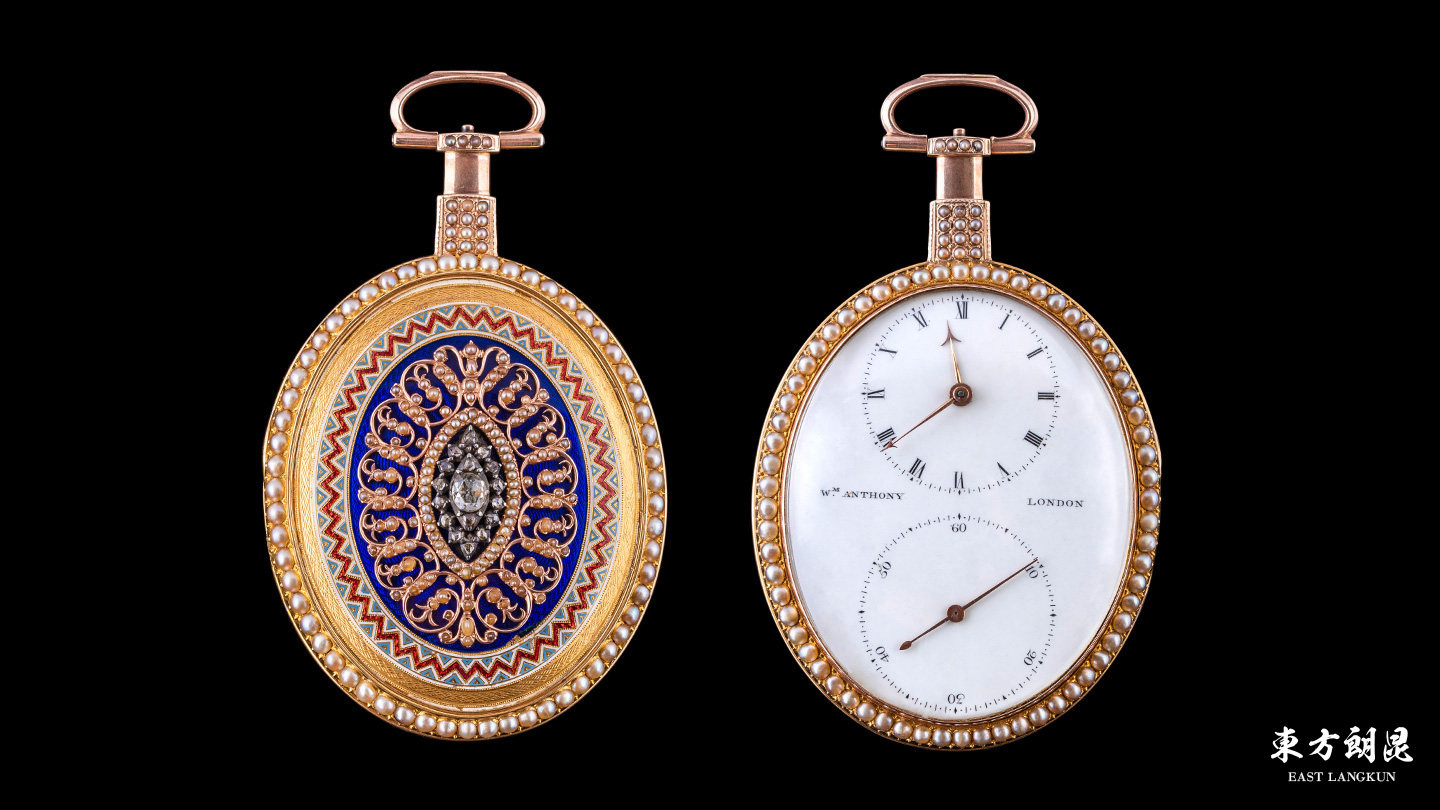 This is an extremely rare eight-day clock made by William Anthony particularly for the Chinese market (according the Patek Philippe Museum archive, no more than 12 pieces remain in existence). It was originally sold as a pair of watches, which are composed of enamel, mabé pearls, diamonds, and gold ornaments. The same type of watch can be found in the Patek Philippe Museum. 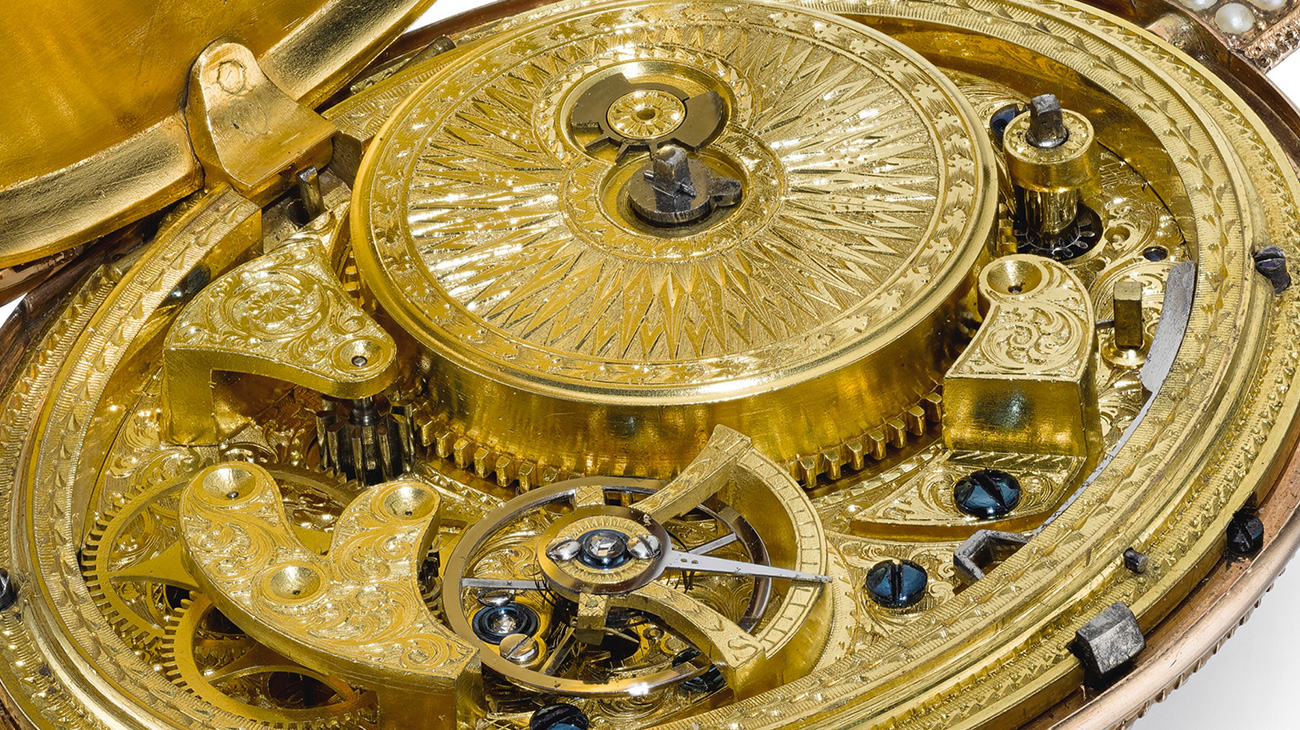 Why were the watches sold as a pair to the Chinese market at that time has always been a puzzle. Some believes that the pair of watches was made as a gift for engagement or marriage, while the others think that it stems from the consideration for business marketing. Another point of view is that this is due to repairing—it took a few years to send a watch from China to Europe for maintenance, therefore the other watch could be a backup. There is also a saying that selling watches as a pair follows the Chinese etiquette of giving gifts in pairs.

At that time, members of the Chinese imperial family were the sole clients of imported European watches. This watch has a magnificent case and a white enamel dial. European enamel decoration has a long history and is usually applied to watch ornaments because of its exquisite and long-lasting colour as well as its surface-protecting effect.