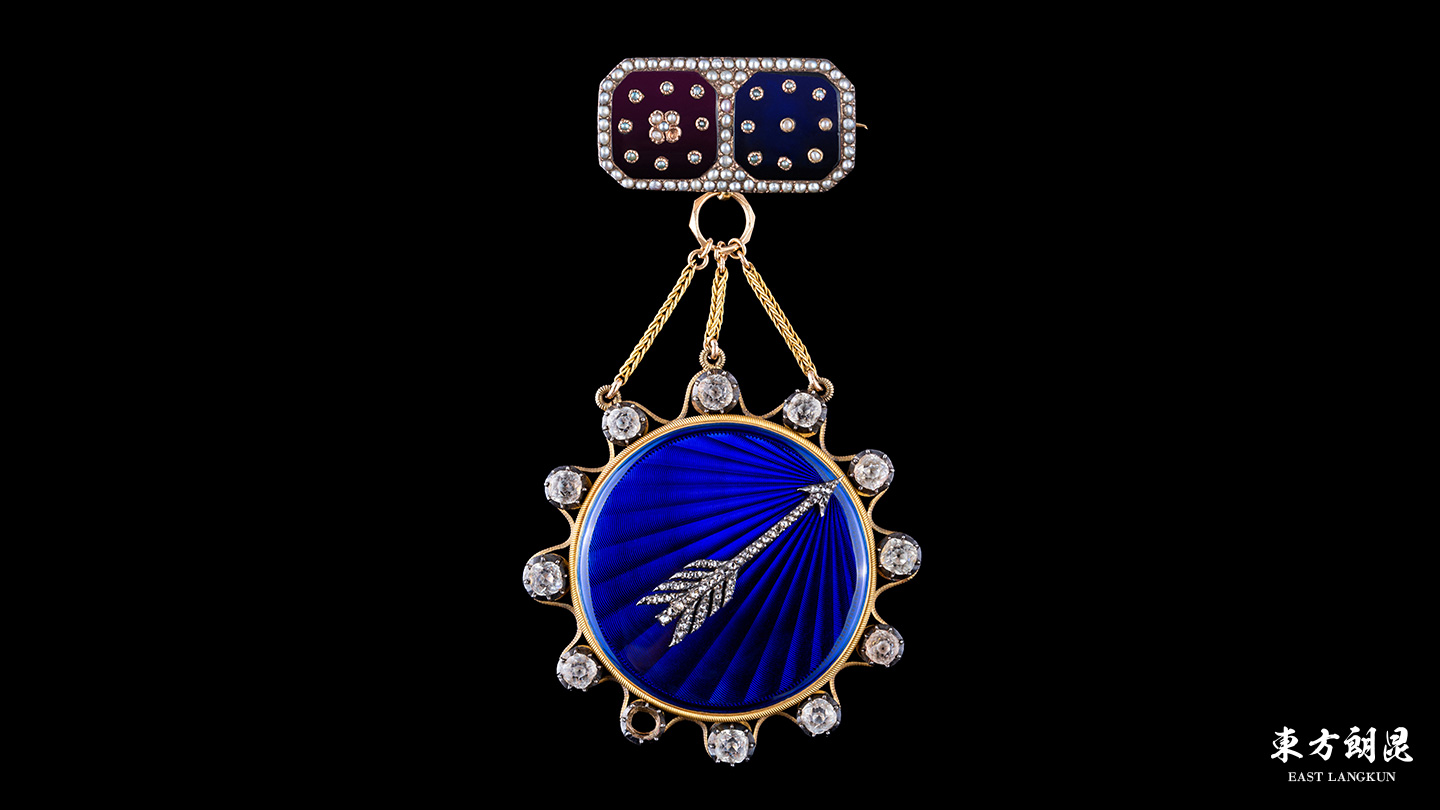 In the late 1790s, ‘the greatest watchmaker’ Abraham-Louis Breguet invented ‘Montre à Tact’—‘the arrow of time’ tactile watch. Napoleon’s old enemy, the Duke of Wellington of England, once said that the tactile watch is used for those who want to know the time in a hidden way. The traditional watch is designed to read time by opening the cover, while the tactile watch allows the wearer to sense the time by touching it. The outer edge of the dial is mounted with 12 diamonds, representing 12 hours, and the movements of arrows tell the time. The tactile watch is also called the ‘watch for the blind.’

This extraordinarily luxurious tactile dial is decorated with translucent royal blue enamel. The touch hour markers are mounted by old mine-cut diamonds, inside of the dial is a complicated movement signed ‘Breguet,’ which is one of the features of the brand. The surmount is also extremely delicate—with two enamel plaques in blue and purple respectively, each surrounded and accented by a number of mabé pearls.

Only a few pieces of the series of Breguet pocket watch remain in existence. The one collected by the Napoleon Foundation used to belong to Napoleon’s younger brother, Jerome Bonaparte, King of Westphalia, is a similar piece, which was created in collaboration with Marie-Étienne Nitot. Breguet also made a tactile watch for Napoleon's queen Joséphine in 1800, and Joséphine gave it as a gift to his daughter, Hortense, the Queen of Holland.