This rectangular gold box is decorated with translucent blue guilloché enamel that is pure in colour and presents a velvet-like texture. The portrait in the centre of the box is of Albert Edward, Prince of Wales, later King Edward VII. Above the oval portrait is a miniature British crown set with gems and red enamel. The four corners of the box are set with four diamonds. The initials A and E on the left and right are the abbreviations of Albert Edward, and are surrounded by a golden scroll grass pattern and flowers. A similar casting technique is applied on the side and the bottom, which are decorated with gold leaves, representing the emblem of the Star of India. 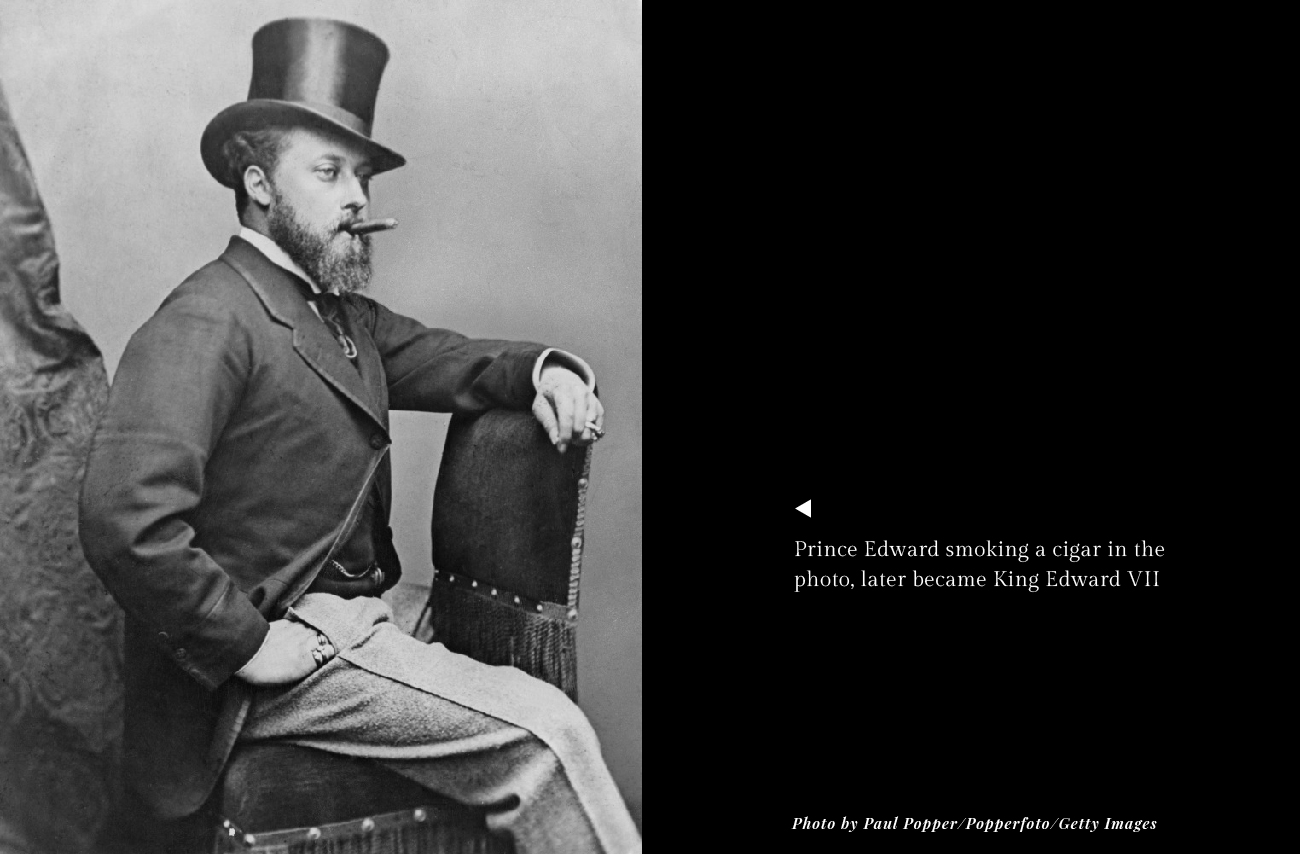 This was a gift from Albert Edward to General Sir Samuel James Brown, the cavalry general of the British army stationed in India and Afghanistan. The inside of the lid is engraved with the inscription ‘H.R.H. ALBERT EDWARD, PRINCE OF WALES, TO MAJOR GEN SIR S.J. BROWNE, BOMBAY, MARCH 9th 1876’. It fits in its original velvet case with the interior stamped R & S GARRARD & CO Goldsmiths & Jewellers TO THE CROWN 25, HAYMARKET LONDON.